Last Friday the Year 3’s did a rotation of 20 olden day games as an introduction to our 150th Anniversary celebrations.  We set up in the quad with a parent helper at each station. Small groups of students enjoyed quick rotations and experienced each olden day (technology free) game, so that it was short and snappy for the students but nostalgic for many parents and staff.  The games played were oldies but goodies that encouraged strong hand/eye coordination and took some practise. These games included: four square, skittles, pick up sticks, dominoes, pin the tail on the donkey, small black board games, jigsaws, giant parachute, skipping with the long ropes, 3 legged racing, hula hoops, hopscotch, “Simon says”, quoits, marbles, elastics, fly/stick, playing card games, egg and spoon races and jacks (knuckle bones).  Plus cat’s cradle and Frisbees were thrown into the mix. The parent helpers and kids alike had a great time giving these simple games a go with their friends at school. These games are available for all classes to use in gthe lead up to our 150th Gala Event and beyond. 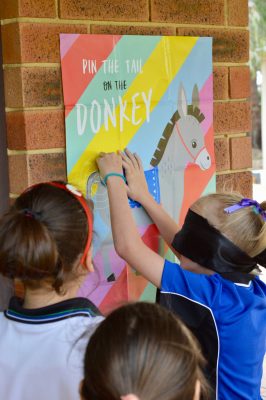 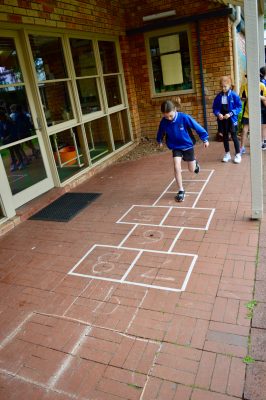 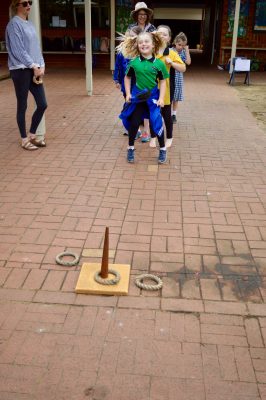